Following the murder and in memory of, Maya Wishniak, z”l, the management of We Work initiated an important lecture to all those involved in the issue of ‘violence against women.’

Tzilit Jacobson, Bat Melech COB, summarized for the assembled the varied types of violence, described how to detect warning signs of an abusive relationship and spoke of our obligation as a society to speak out and stay alert to the surroundings in our communities and beyond.

Ms. Jacobson was followed by G’, a former Bat Melech resident. In a broken and shaking voice, G’ described her life in the shadow of domestic violence. The fear that her ‘ugly secret’ will come out from behind the shadows and her road to rehabilitating and building a new life with the strong backing of the shelter. 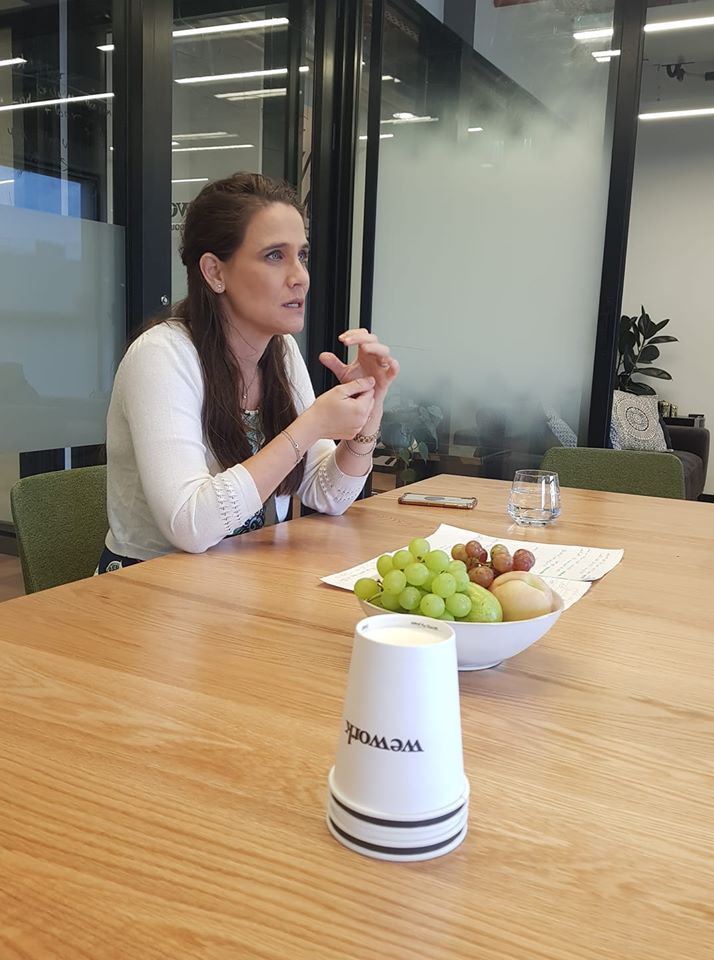